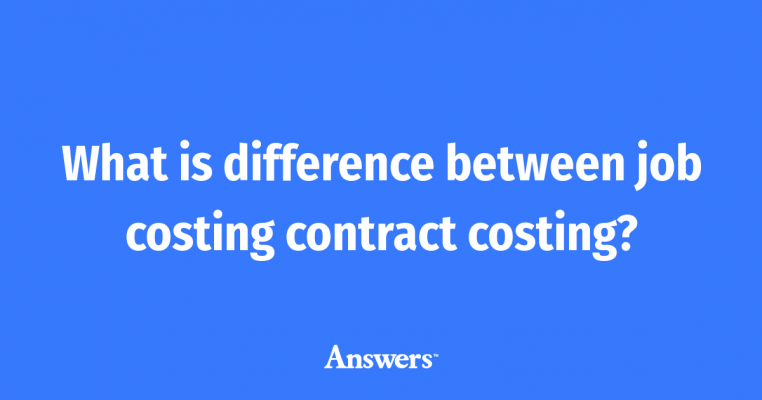 The difference between Job Costing VS Contract Costing is as follows:

Job costing or job order costing also called specific order costing is a method of costing which is used when work is undertaken as per the customer’s special requirement (tailor-made).

ACCORDING TO INSTITUTE OF COST AND MANAGEMENT ACCOUNTANTS, LONDON

“Job costing is that form of specific order costing which applies where work is undertaken to customer’s specific requirements and each order is of comparatively of short duration.”

Under this method of costing, each job is considered to be a distinct cost unit. As such, each job is separately identifiable. In the case of a job, work is usually carried out within the factory or workshop. Sometimes, a job is accomplished even in the customer’s premises.

Job costing is employed in the following cases:

Contract costing is also known as Terminal Costing. It is one form of application of the principles of job order costing. Contract Costing is a type of costing used in constructional activities such as construction of buildings, roads, bridges etc. The person who takes contract for a price is called the Contractor and the person from whom it is taken is called the Contractee.

ACCORDING TO CHARTERED INSTITUTE OF MANAGEMENT ACCOUNTANTS, LONDON

“Contract costing is a form of specific order costing in which costs are attributed to individual contracts.”