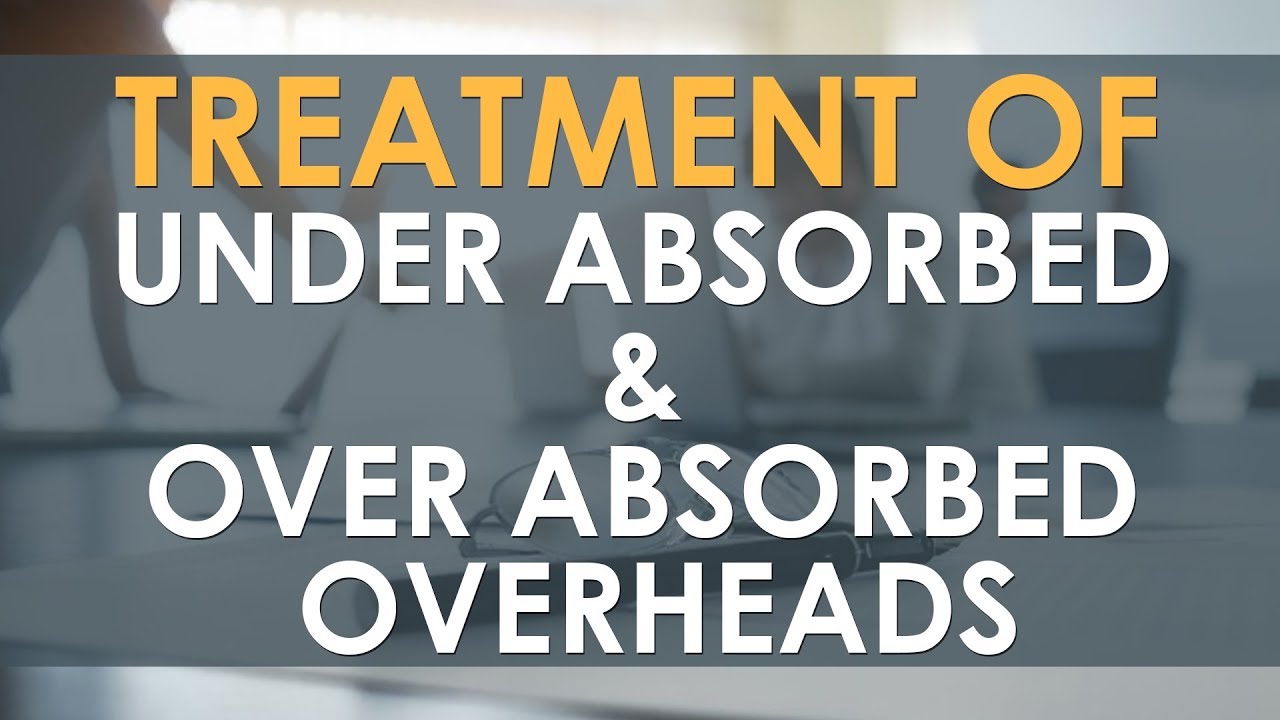 ACCOUNTING TREATMENT OF UNDER AND OVER-ABSORPTION

Supplementary Rate = Amount of over or under − Absorbed overheads/Actual Base

2. Carrying Over of Overheads: The amount of over or under absorption is carry forward to the next year. This method may be adopted in situation where the normal business cycle extends for more than one year. This method is not very prevalent in the industry.

The basis of assignment of overheads to the cost objects.