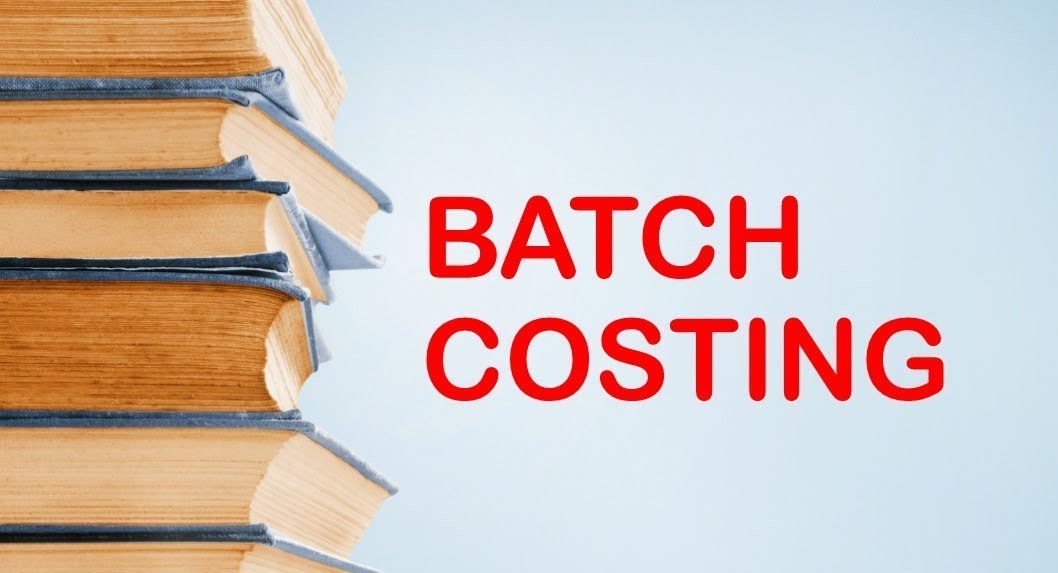 Batch Costing is that form of specific order costing under which each batch is treated as a cost unit and costs are accumulated and ascertained separately for each batch. Each batch consists of a number of like units. In this system, a group of identical units, comprising of a batch is used as a cost unit, to estimate cost. To ascertain the cost per unit, the total cost of the batch is divided by the number of units produced in a batch. Batch costing is applied in industries where identical products are produced.

TYPES OF COSTS IN BATCH COSTING

There are two types of costs involved in Batch Costing:

Batch costing is used for calculating total cost of each batch. Batch is small group of units which is produced for production purposes. We also identify batch of units in our production. All raw materials are supplied on batch basis and other expenses are also paid on the basis of each batch.

Batch Costing is applied in those industries where the similar articles are produced in definite batches for internal consumption in the production of finished products or for sale to customers generally. It is generally applied in –

Costs are transferred to the work in process account using the following accounting source documents.

Production overhead is applied to batches using predetermined overhead rate calculated on an appropriate basis such as direct labor hours or labor cost. The transfer entry is a credit to production overhead and a debit entry to the batch cost sheet.

Following are the main advantages of batch costing as compared to job costing:

The main disadvantages of batch costing are: