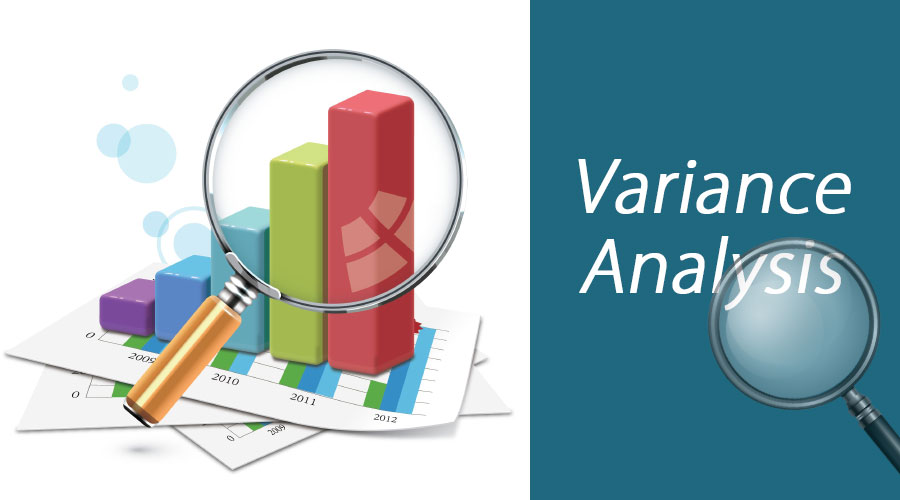 Variance Analysis is the analysis of variances arising in a standard costing system into their constituent parts. It is the analysis and comparison of the factors which have caused the differences between predetermined standards and actual results, with a view to eliminating inefficiencies.

“Variance analysis is the resolution into constituent parts and explanation of variances”.

“Variance analysis is the measurement of variances, location of their root causes, measuring their effect and their disposition”.

Thus, variance analysis can be defined as the segregation of total cost variances into different elements in such a way as to indicate or locate clearly the cause for such variances and persons held responsible for them.

The following points depicts the importance of variance analysis for the management:

Variance analysis is important to assist with managing budgets by controlling budgeted versus actual costs. In program and project management, for example, financial data are generally assessed at key intervals or milestones. For instance, a monthly closing report might provide quantitative data about expenses, revenue and remaining inventory levels. Variances between planned and actual costs might lead to adjusting business goals, objectives or strategies.

A materiality threshold is the level of statistical variance deemed meaningful, or worth noting. This will vary from company to company. For example, a sales target variance of Rs.100,000 will be more material to a small business retailer than to a national retailer accustomed to generating billions in annual revenues.

Relationships between pairs of variables might also be identified when performing variance analysis. Positive and negative correlations are important in business planning.

As an example, variance analysis might reveal that when sales for widget A rise there is a correlated rise in the sales for widget B. Improved safety features for one product might result in sales increases. This information might be used to transfer this success to other similar products.

An important type of prediction is business forecasting. It uses patterns of past business data to construct a theory about future performance. Variance data are placed into context that allows an analyst to identify factors such as holidays or seasonal changes as the root cause of positive or negative variances.

For example, the monthly pattern of sales of television sets over five years might identify a positive sales trend leading up to the beginning of the school year. As a result, forecasts for television sales over the next 12 months might include increasing inventory by a certain percentage – based on historical sales patterns – in the weeks before the start of local universities’ fall term.

For the purpose of material variance analysis, the following two types of standards need be fixed.

Price factor is controlled by external factors. If the price changes during the period due to inflation, raise in prices of controlled items like cement, steel, etc., there is going to be wide variations.

Material prices are fixed keeping in mind the terms of contract of purchases, nature of items and other relevant factors. Some organizations have regular system of purchases (rate contract) for the whole period/year at predetermined price irrespective of the prevalent market rates.

Quantity usage standards are set on the basis of various test runs and guidelines provided by R&D department or Engineering department and specifications on the basis of past experience. The standards should also take into consideration allowances for acceptable level of waste, spoilage, shrinkage, seepage, evaporation, leakage, etc.

Material usage variance is further segregated into (a) Material mix variance, and (b) Material yield variance.

Apart from operator or machine performance, output quantities produced are often different to those planned, e.g., this arises in chemical plants where plant should produce a given output over a period for a given input but the actual output differs for a variety of reasons. Material yield variance is the difference between the standard yield of the actual material input and the actual yield, both valued at the standard material cost of the product.

Normally it is taken that labour is a variable cost but at times it becomes fixed cost as it is not possible to remove or retrench in case of fall/stoppage in production.

This is basically dependent on the agreement with the labour unions or rate prevalent in the particular area or industry.

The labour (quantities) efficiency means the number of hours that the appropriate grade of worker will take to perform the necessary work. It is based on actual performance of worker or group of workers possessing average skill and using average effort while performing manual operations or working on machine under normal conditions. The standard time is fixed keeping in mind the past performance records or work study. This is on the basis that is acceptable to the worker as well as the management.

The labour efficiency variance is the difference between the actual hours taken to produce the actual output and the standard hours that this output should have taken, multiplied by the standard rate per hour. The possible cause for this variance is due to use of higher/lower grade of skilled workers than planned or the quality of material used, errors in allocating time to jobs.

The labour efficiency variance can be segregated into the following:

The labour mix variance arises due to change in composition of labour force.

The labour yield variance arises due to the difference in the standard output specified and the actual output obtained.

The idle time variance represents the difference between hours paid and hours worked, i.e., idle hours multiplied by the standard wage rate per hour. This variance may arise due to illness, machine breakdown, holdups on the production line because of lack of material.

The number of hours representing the capacity to manufacture is to be reduced by various idle facilities, etc. The choice of method of absorption (direct wage rate or machine hour) will depend upon the circumstances. The main object is to establish a normal overhead rate based on total factory overhead at normal capacity volume.

Fixed overhead represents all items of expenditure which are more or less remain constant irrespective of the level of output or the number of hours worked.

The fixed overheads variances are classified as follows:

The volume variance is computed by taking the difference between overhead absorbed on actual output and those on budgeted output.

The efficiency variance arise due to the difference between budgeted efficiency to production and the actual efficiency is achieved.

The revised capacity variance is calculated as follows:

All of the variances discussed previously have been concerned with costs; the effects on profits due to adverse or favourable variances affecting direct materials, direct labour or overheads. Some companies calculate cost variances only, but to obtain the full advantages of standard costing, it is required to calculate sales variances.

Sales variances affect a business in terms of changes in revenue: changes which have been caused either by a variation in sales quantities or in sales prices.

There are two distinctly separate systems of calculating sales variances, which show the effect of a change in sales as regards:

(i) Sales margin variance (on the basis of profit),

(ii) Sales value variance (on the basis of turnover).

Sales Variances Based on Profit:

The sales variances based on profit are also called ‘sales margin variances’ which indicated the deviation between actual profit and standard or budgeted profit:

This variance takes into account the difference between actual profit and standard or budgeted profit.

The price variance is the difference between standard price of the quantity of sales effected and the actual price of those sales.

Sales volume variance can be further segregated into (a) Sales mix variance and (b) Sales quantity variance as given below:

The sales mix variance arises when the company manufactures and sells more than one type of product. This variance will be due to variation of actual mix and budgeted mix of sales.

Sales Variances Based on Turnover

The sales variances based on turnover are classified as follows:

The profit variances are classified as follows: