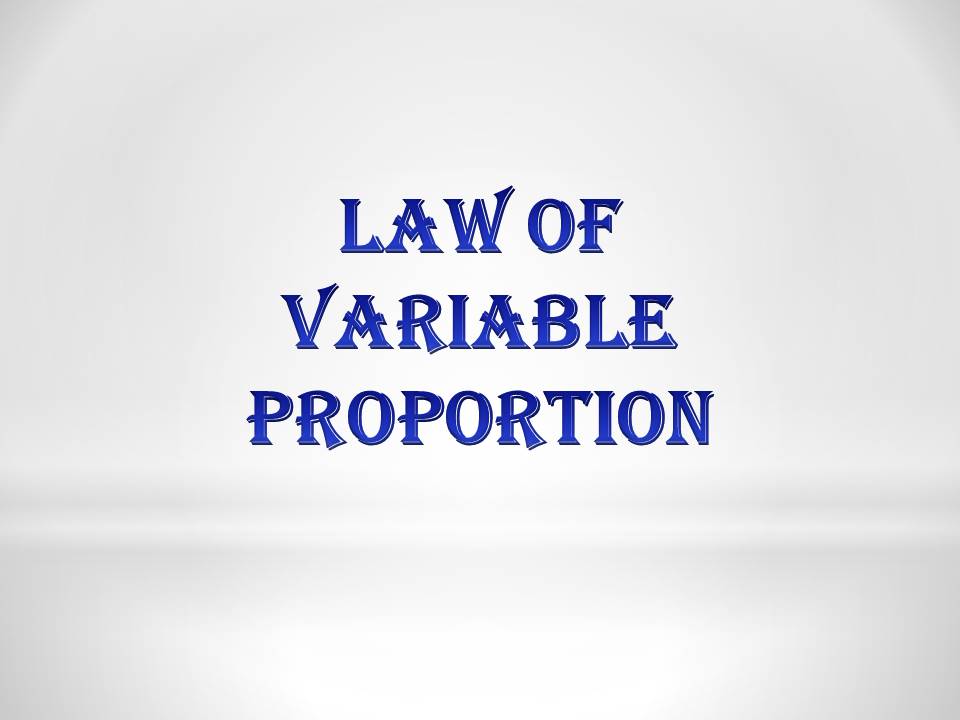 Law of Variable Proportions states that the use of more and more units of variable factor of production along with specific number of units of fixed factor results in changes in total product in variable proportions.

“The law of variable proportions states that if the input of one of the resources is increased by equal increments per unit of time while the inputs of other resources are held constant, total output will increase, but beyond some point the resulting output increase will become smaller and smaller.

ACCORDING TO P.A. SAMUELSON

“An increase in some inputs relative to other fixed inputs will, in a given state of technology, cause output to increase, but after a point the extra output resulting from the same additions of extra inputs will become less and less.”

ASSUMPTIONS OF THE LAW

NO CHANGE IN THE TECHNIQUE OF PRODUCTION

NATURE OF FACTORS OF PRODUCTION

The law of variable proportions is based on the assumption that there are only two factors of production. One factor is fixed and another is variable.

HOMOGENEOUS UNITS OF FACTORS OF PRODUCTION

It is also assumed that the units of factors of production are homogeneous i.e. all the units are the same.

The law of variable proportions is applicable in short run only. Because only in the short run one factor can be kept constant as in the long run all factors are variable.

POSSIBILITY OF USE OF VARYING FACTORS OF PRODUCTION

Under this law, there is great possibility that the variable factors are applied in varying proportions. Because of this assumption, it is possible to use more and more units of variable factor of production with the given number of units of fixed factor so that output may be increased.

EXPLANATION OF THE LAW OF VARIABLE PROPORTIONS

This law can also be explained with the help of following diagram: