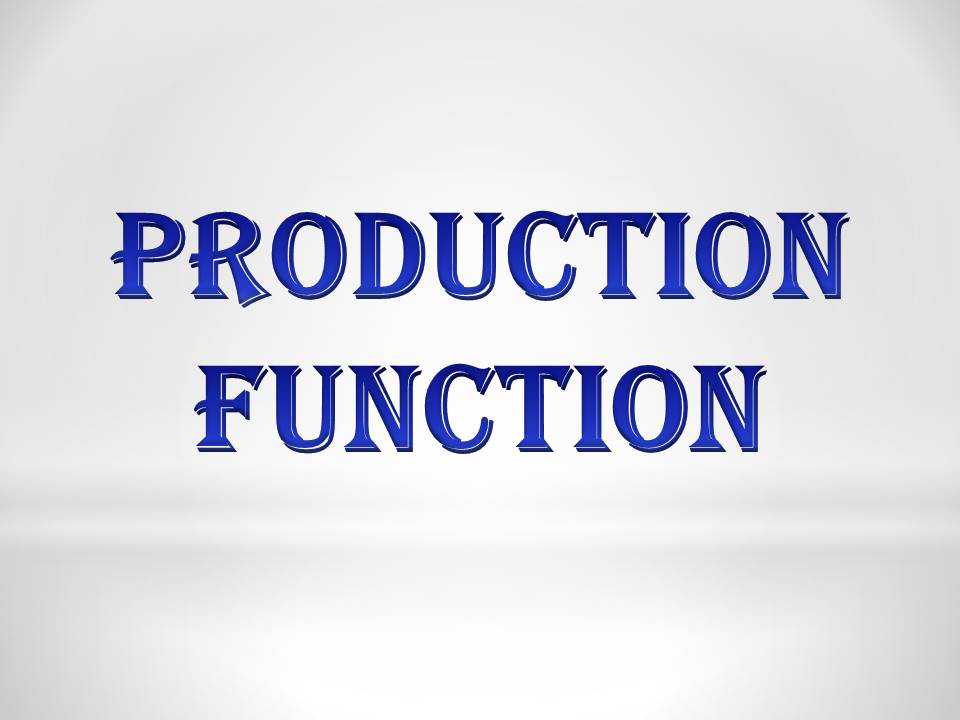 Production Function expresses the functional relationship between output of a commodity and various inputs used in to produce that commodity. It can be expressed as:

It means the output is the function of a fixed factor ‘Land (L)’ and a variable factor ‘Capital (K)’.

“The production function is purely a technical relationship which connects factors inputs and outputs.”

“Production function is the relation between a firm’s production and the material factors of production.”

There are two types basically: