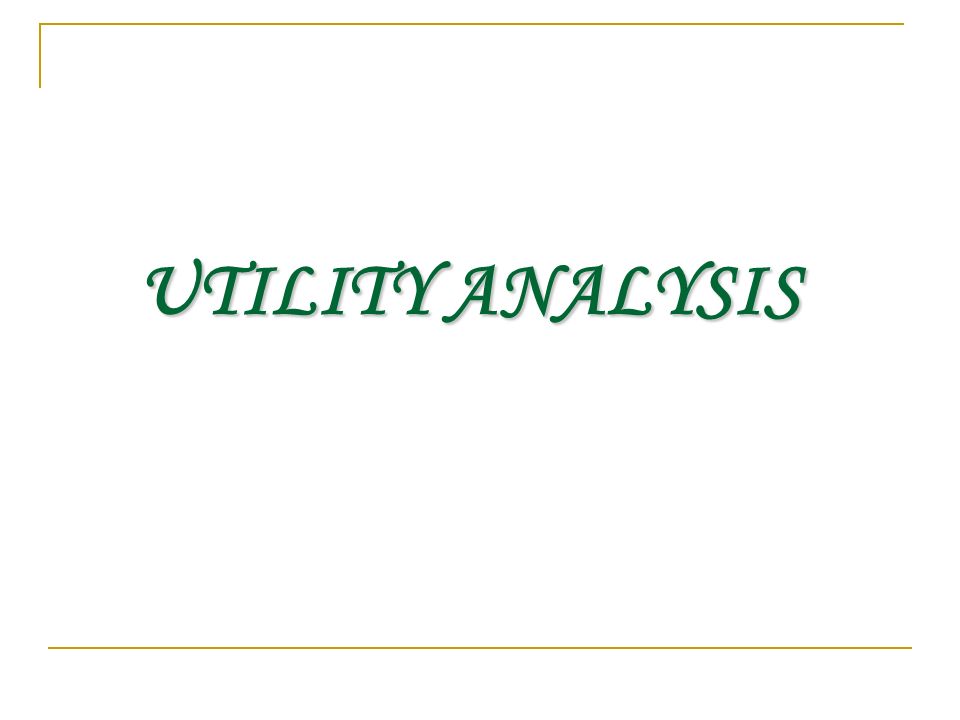 The simple meaning of ‘utility’ is ‘usefulness’. In economics utility is the capacity of a commodity to satisfy human wants.

Utility is the quality in goods to satisfy human wants. Thus, it is said that “Wants satisfying capacity of goods or services is called Utility.”

ACCORDING TO PROF. WAUGH

“Utility is the power of commodity to satisfy human wants.”

“On the whole in recent years the wider definition is preferred and utility is identified, with desireness rather than with satisfyingness.”

ACCORDING TO MRS. ROBINSON

“Utility is the quality of commodities that makes individuals want to buy them.”

“Utility is the quality of a good to satisfy a want.”

THE UTILITY IS SUBJECTIVE

THE UTILITY IS RELATIVE

Utility is highly relative and variable. It varies from person to person and from time to time or place to place for the same individual. Again, a same commodity can give different utility to different people. Because, utility a person derives from either good or service depends not only on his psychological attitude but also on his intensity of desire.

A commodity having utility need not be useful. Cigarette and liquor are harmful to health, but if they satisfy the want of an addict then they have utility for him.

The utility is independent of morality. Use of liquor or opium may not be proper from the moral point of views. But as these intoxicants satisfy wants of the drunkards and opium eaters, they have utility for them.

It is abstract in a sense as it cannot be seen or touched or felt. For example, teaching of a teacher, advice of a lawyer can neither be seen nor touched. Hence, utility is abstract.

It is not necessary that a commodity possessing utility also gives pleasure whenever it is consumed. An injection possesses utility to an individual. However, it gives him/her physical pain. Hence, utility and pleasure are unrelated.

If a commodity is capable of satisfying several wants, it is said to have multi- purpose utility. Example: electricity supplied at our house can be used for various purposes such as charging mobiles, use of televisions, using fans etc. Thus having multi-purpose utility.

DEPENDS ON INTENSITY OF WANTS

Utility of a commodity is directly proportional to the intensity or urgency of the want. The more intense or urgent the event, the more utility the commodity has. Example: disaster management teams have more utility at the same time of disasters, and have less utility during normal times.

Various types of utility is as follows:

Total Utility is the utility from all units of consumption.

“Total Utility is the sum of the marginal utilities associated with the consumption of the successive units.”

“Total utility refers to the entire amount of satisfaction obtained from consuming various quantities of a commodity.”

Accordingly, the total utility can calculate as:

For example: Suppose, a man consumes five breads at a time. He derives from first bread 20 units of satisfaction from 16, from third 12, from fourth 8 and from fifth 4 i.e., total 60 units.

This can be shown by the following table:

The Total utility curve is as follows:

It is the net addition to total utility made by the utility of the additional or extra units of the commodity in its total stock.

ACCORDING TO PROF. BOULDING

“The marginal utility of any quantity of a commodity is the increase in total utility which results from a unit increase in its consumption.”

“Marginal utility is the addition made to total utility by consuming one more unit of commodity.”

It can be calculated as follows:

Kinds of Marginal Utility—Marginal utility is of three kinds:

It is a matter of general experience that if a man is consuming a particular goods, then receiving of next unit of goods reduces the utilities of the goods and ultimately a situation comes when the utility given by the goods become zero and if the use of the goods still continues, then the next unit will give dis-utility. In other words it can be said that we will derive “negative utility”.

This can be studied better by the following table:

From the table given above it is clear that up to the consumption of the fifth bread we receive positive utility; 6th unit is the unit of full satisfaction i.e., Utility derive from that unit is zero. From 7th unit the utility received will be negative utility. The table can be represented in shape of diagram as follows: In diagram: OX axis (line) shows unit of bread and OY line shows the Marginal Utility received. From the figure it is clear that from the first unit of bread utility received are 20.

Similarly 2, 3, 4, 5 Unit of bread’s utility is 16, 12, 8, 4 respectively All these have been shown on OX line which shows positive marginal utility. Utility of the sixth bread is zero and that of the seventh bread is negative and negative rectangle has been shown below OX line.

Positive Utility:  If by consuming one extra unit of commodity, the total utility increases, then marginal utility is positive.

(iii) After zero when Marginal Utility is negative then there is reduction in Total Utility.

With the help of above schedule the relationship between TU and MU is explained as:

With the help of the above schedule the relationship between MU and TU can be represented in the diagram.

(1) Marginal Utility goes on diminishing with the consumption of every additional unit.

(2) Total Utility goes on increasing with the consumption of every additional unit but at a diminishing rate.

(4) When Marginal Utility becomes 0, total utility does not increase.