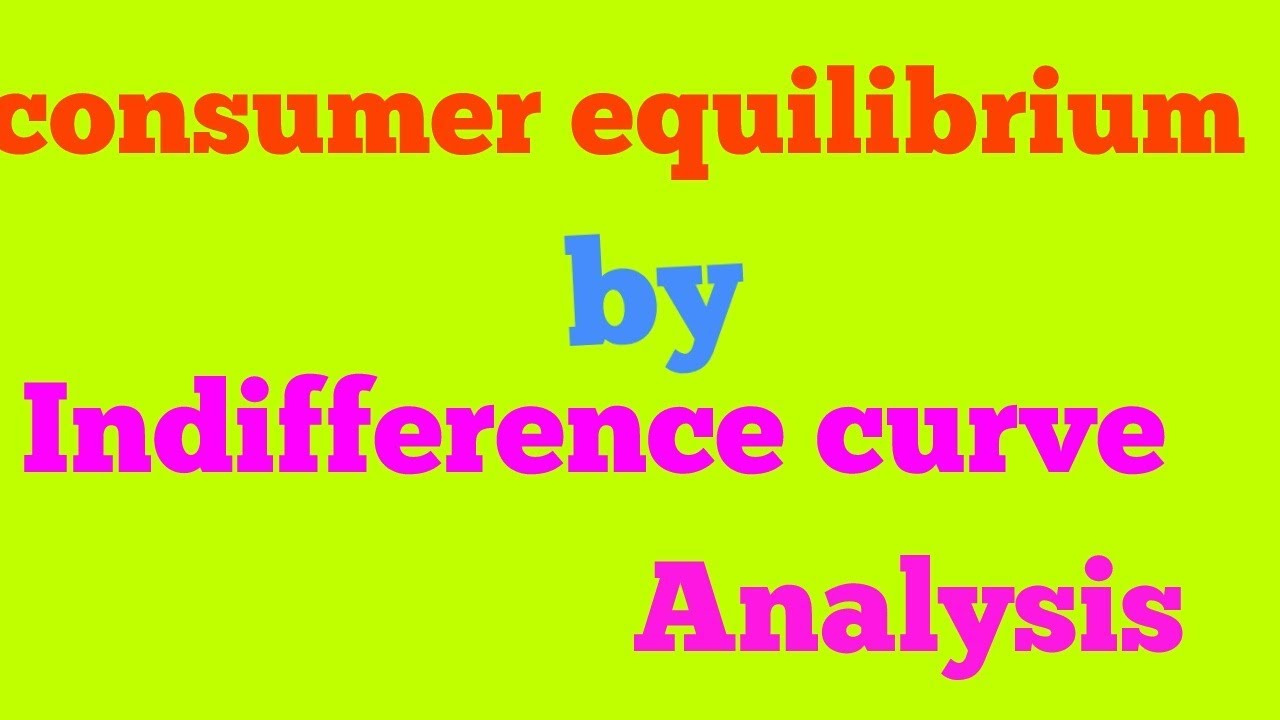 In the indifference curve approach, the equilibrium position of the consumer is achieved under the following assumptions:

Necessary Condition or First Order Condition: Under the first order condition, the consumer reaches his equilibrium in the same manner as he does under the cardinal approach of the two-commodity model. It is expressed as:

Thus, the necessary condition of the cardinal approach to consumer equilibrium can be written as:

In the figure above, there are three indifference curves, Viz. IC1, IC2, and IC3 presenting a hypothetical indifference map of the consumer. AB is the hypothetical budget line. At point ‘E’, the indifference curve IC2 and Budget line AB intersect and hence, therefore, the slope of IC2 = AB. At this point, both the necessary condition and the supplementary condition get fulfilled, and hence, the consumer attains equilibrium at point ‘E’.

We know that between any two points on the indifference curve:
ΔY. MUy = ΔX. MUx

Thus, the slope of the indifference curve can be written as:

The slope of budget line is given as:

In the figure above, at point ‘E’, MRS x, y = Px /Py and hence the consumer is said to have attained equilibrium at this point. The IC2 is tangent with the budget line AB, which shows that the consumer has reached to the highest possible indifference curve for a given level of his income and the market price of goods and services. Thus, at point ‘E’ consumer consumes quantity OQx of X and OQy of Y, which yields him the maximum utility or satisfaction.

The indifference curve technique, as developed by Professor Allen and Hicks, is regarded as an improvement over the Marshallian utility analysis because it is based on fewer and more realistic as­sumptions:

(1) It Dispenses with Cardinal Measurement of Utility:

This is not measurability but transitivity. In fact, the utility which a commodity possesses for a consumer is something subjective and psychological and therefore cannot be measured quantitatively. The indiffer­ence approach is superior to the utility analysis because it measures utility ordinally. The consumer arranges the various combinations of goods in a skate of preference marked as first, second, third etc. He can tell whether he prefers the first to the second or the second to the first or he is indifferent between them. But he cannot tell by how much he prefers one to the other. The ordinal method and the assumption of transitivity make this technique more realistic.

(2) It studies Combinations of two Goods instead of one Good:

The utility approach is a single-commodity analysis in which the utility of one commodity is regarded independent of the other. Marshall avoided the discussion of substitutes and complementary goods by grouping them together as one commodity.

This assumption is far from reality because a consumer buys not one but combinations of goods at a time. The indifference curve technique is a two commodity model which discusses consumer behaviour in the case of substitutes, complementaries and unrelated goods. It is thus superior to the utility analysis.

(3) It provides a Better Classification of Goods into Substitutes and Complements:

(4) It explains the Law of Diminishing Marginal Utility without the Unrealistic Assump­tions of the Utility Analysis:

The utility analysis postulates the law of diminishing marginal utility which is applicable to all types of goods, including money. Since this law is based on the cardinal measurement, it possesses all the defects inherent in the later. In the preference theory, this law has been replaced by the principle of diminishing marginal rate of substitution.

The latter, according to Prof. Hicks, “is not mere translation but it is a positive change”. It is scientific and is, at the same time, free from the psychological quantitative measurement of the utility analysis. The application of this principle in the fields of consumption, production and distribution has made economics more realistic.

(5) It is Free from the Assumption of Constant Marginal Utility of Money:

Marshall justified it on the plea that an individual consumer spends only a small part of his whole expenditure on any one thing at a time. This assumption makes the utility theory unrealistic in more than one way. It is applicable to a single-commodity model. It fails to use money as the measuring rod of an individual’s satisfaction derived from the consumption of various goods. On the other hand, the indifference curve technique analyses the income effect when the income of the consumer changes.

(6) This Analysis explains the Dual Effect of the Price Effect:

One of the main defects in the Marshallian utility analysis is that it fails to analyze the income and substitution effects of a price change. In the indifference curve technique when the price of a good falls, the real income of the consumer increases. This is the income effect. Secondly, with the fall in price, the good becomes cheaper.

(7) It explains the Proportionality Rule in a Better Way:

(8) It rehabilitates the Concept of Consumer’s Surplus:

Hicks have explained the concept of consumer’s surplus by dispensing with the unrealistic assumption of the constancy of the marginal utility of money. He regards consumer’s surplus “as a means of expressing, in terms of money income, the gain which accrues to the consumer as a result of a fall in price.’’ Thus the doctrine of consumer’s surplus is no longer a ‘mathematical puzzle’ and has been freed from the introspective cardinalism of the utility theory.

(9) It explains the Law of Demand more Realistically:

The indifference curve technique explains the Marshallian law of demand in a more realistic manner in more than one way. It is untainted by the psychological assumptions of the utility analysis. It explains the effect of the fall in the price of an inferior good on consumer’s demand. Giffen goods which remained a paradox for Marshall throughout have been ably explained with the help of this technique.

Whereas in the Marshallian law of demand the demand for a commodity varies inversely with its price and the demand curve slopes negatively down­ward to the right, the indifference analysis explains two more situations:

(i) With the fall in the price of a commodity, its demand remains unchanged. It happens in the case of those inferior goods whose income effect exactly equals substitution effect.

(ii) When the price of the commodity falls, its demand also falls. This is the case of Giffen goods whose income effect outweighs the substitution effect and the demand curve slopes upward having a positive slope. Marshall failed to explain these cases. This makes the indifference curve technique definitely superior to the Marshallian introspective cardinalism.