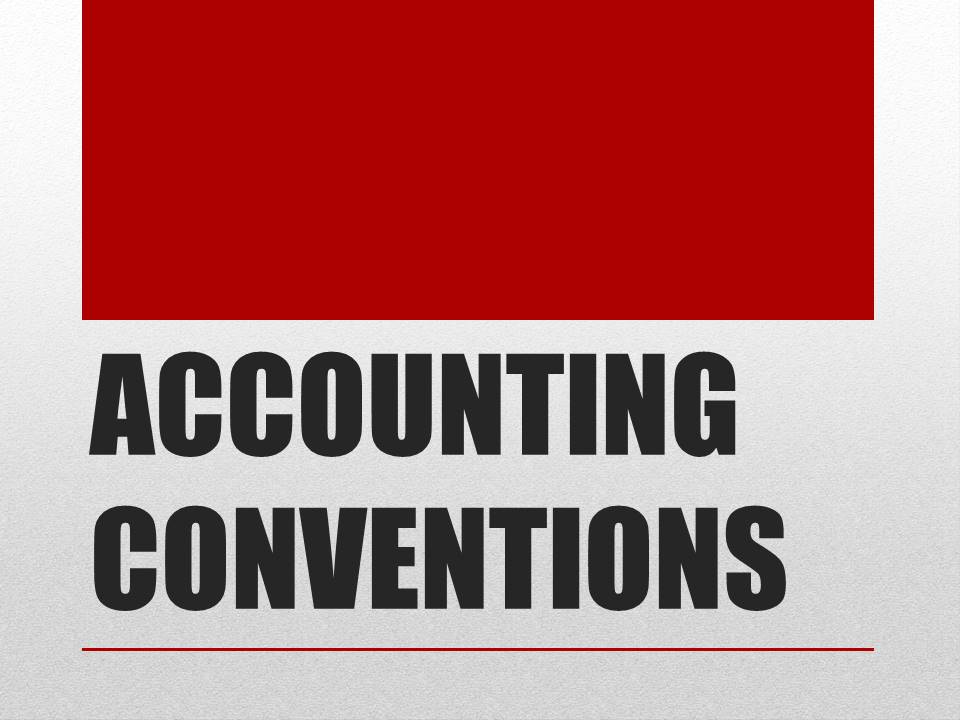 EXAMPLE: The use of ‘TO’ on Debit side with expenses and the use of ‘BY’ on the credit side with incomes is a convention followed in India, UK and other countries but not in the USA.

Following are the various accounting conventions:

The convention states that the sufficient and relevant economic information regarding the business operations must be provided or disclosed in the financial statements. The information should serve to the interests of Creditors, Investors, Bankers and Shareholders etc.

The information to be disclosed must comply with the various regulations and provisions of the act in India. If some important information cannot be shown in the Income statement or Balance sheet, then the same should be disclosed by the way of preparing Explanatory Notes or Footnotes. Such as:

“Materiality is the characteristics attaching to a statement, fact, or item whereby its disclosure or the method of giving its expression would be likely to influence the judgment of a reasonable person.”

ACCORDING TO AAA (American Accounting Association)

“An item should be regarded as material if there is reason to believe that knowledge of it would influence decision of informed investor.”

The accountant should judge the importance of the information to check whether it is immaterial or material.

CONVENTION OF CONSERVATISM OR PRUDENCE

Conservatism is the policy of playing safe. Provision is made for all known liabilities and losses even though the amount cannot be determined with accuracy. The Conservatism or Prudence convention states that:

“ANTICIPATE NO PROFITS, BUT PROVIDE FOR ALL LOSSES”

EXAMPLE: The examples of application of conservatism convention are:

This convention should be used very cautiously, otherwise it will have two effects:

Objectivity means reliability and trustworthiness. The accounting information is called objective if it is free from personal bias and judgments. This convention states that the transactions to be recorded in the books of accounts must be supported by some documentary evidence like cash memos, bills, invoices, debit note, credit note etc. Only then the transactions are capable of being verified.