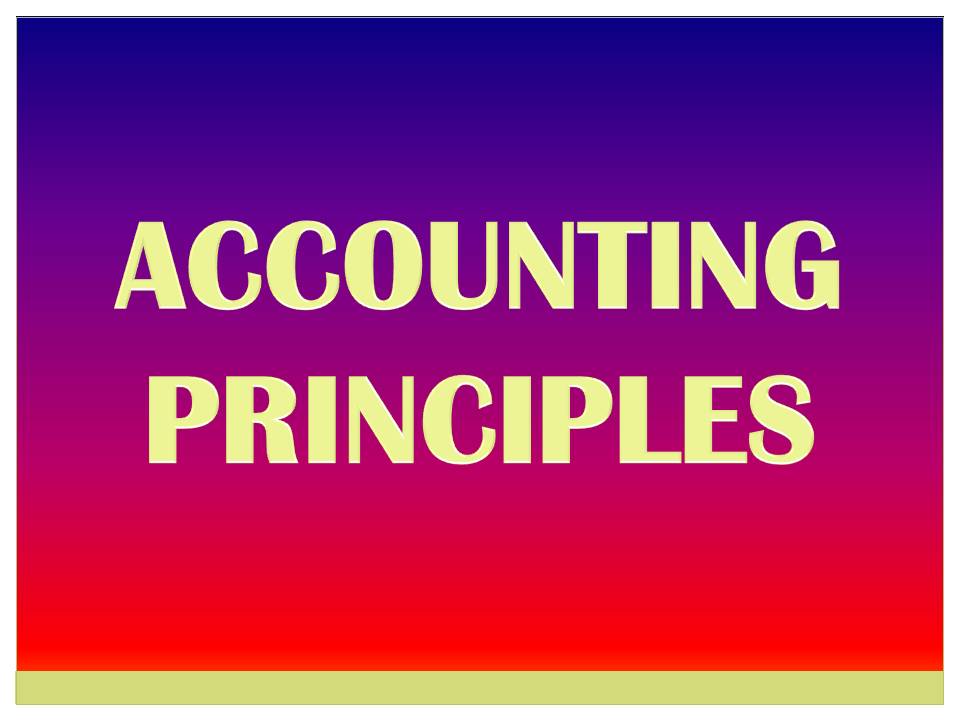 “A general law or rule adopted or professed as a guide to action, a settled ground or basis of conduct or practice.”

ACCORDING TO WALTER B MEIGS, R E MEIGS AND C E JOHNSON

“The principles, which constitute the ground for rule for financial reporting, are termed as Generally Accepted Accounting Principles.”

These principles are followed while recording the transactions in the books of accounts and for treating the various items.

The principles of accounting have developed over a course of period from usage, reason, common experiences, and historical precedents, statements of individuals, professional bodies and regulation of Government Regulations.

MAN MADE: These principles are man-made. These are originated by the human being through the regular practice, reason and experience. These cannot be tested in the laboratory and hence they lack the universal applicability like the principles of Physics, Chemistry and Biology.

OBJECTIVITY: A principle is objective if it is free from personal bias or judgments of those who furnish the information. Objectivity also implies verifiability which means that there is some way of finding out the truthfulness or correctness of the information reported.

FEASIBILTY: Feasibility means Practicability. The principles should be such which are capable to be used practically. The principles which cannot be followed while practicing accounting are not valid.

DYNAMIC: These principles are not static. They are bound to change with the passage of time in response to the changes in business practices, government policies and needs of the users of accounting information.

TYPES OF PRINCIPLES OF ACCOUNTING

Principles of Accounting are divided into two categories which are as follows:

ACCOUNTING CONCEPTS: Accounting concepts are the assumptions that are formulated to convey the same meaning of accounting information to all the people and to make it more meaningful. The following are the various Accounting Concepts:

ACCOUNTING CONVENTIONS: Accounting Conventions may be defined as a custom or generally accepted practice which is adopted either by general agreement or common consent among accountants. The following are the various accounting conventions: