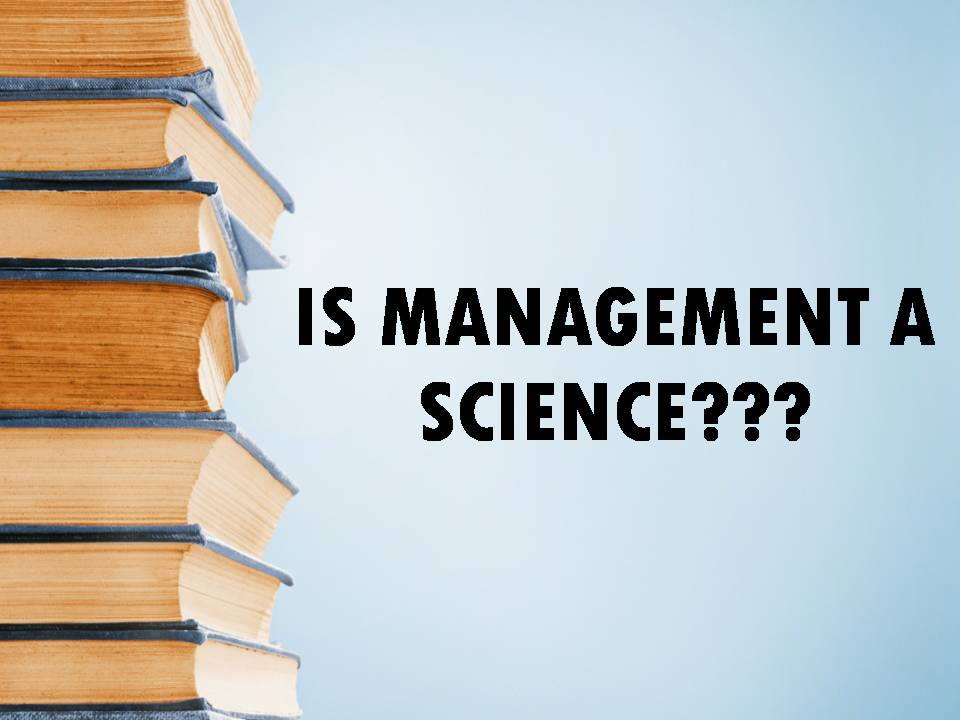 MANAGEMENT AS A SCIENCE

Science is a systematic and scientific body of knowledge which has some universally applicable laws. The theories or laws are originated after a continuous observation and experimentation capable of verification.

Management as a science possesses the features of the science which are as follows:

SYSTEMATISED BODY OF KNOWLEDGE: Management is viewed as a science as it has its own methods, techniques and laws. This subject matter is built up by the management practitioners, management authors and philosophers by continuous observation. Likewise, FW Taylor has given the principles and techniques of scientific management after applying the scientific methods for observation.

UNIVERSAL APPLICATION: Scientific principles are the basic truths that are applicable everywhere in the world at all times. In case of management also, there are some general truths i.e. principles that are applied universally but are subject to some modifications.

ACCORDING TO FW TAYLOR

“The fundamental principles of management are applicable to all human activities from our simplest individual acts to the working of our great corporations.”

EXAMPLE: The cause of decline in sales may be less productivity, ineffective administration, non-quality products, less advertisement. The exact cause may vary from business to business.

So, this feature of science is not present fully in the management.

VALIDITY AND PREDICTABILITY: The laws and principles of science are valid and their validity can be checked by going through various tests and experiments. The principles of management can also be put under observation or experimentation but the results may not always be the same. It is so because management deals with human element and the behavior of human being cannot be predicted with accuracy. Also the principles applied on different human beings give different results. So, this feature of science is not present in the management.

Management is not an exact science as Physics, Chemistry and Biology as it suffers from some limitations like:

That is why management is called as ‘Soft Science’ or ‘Behavioral Science.’