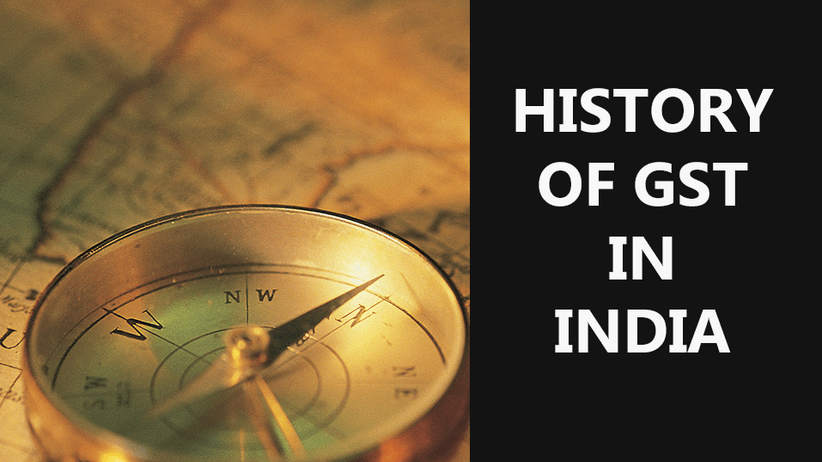 HISTORY OF GST IN INDIA (GOODS AND SERVICE TAX)

In this Article you will study about History of GST in India. Study and make proper notes.

GST is a tax on goods and services under which every person is liable to pay tax on his output and is entitled to get input tax credit (ITC) on the tax paid on its inputs(therefore a tax on value addition only) and ultimately the final consumer shall bear the tax.

In simple words, Goods and Service Tax (GST) is an indirect tax levied on the supply of goods and services. This law has replaced many indirect tax laws that previously existed in India.

GST is one indirect tax for the entire country.

“GST is a comprehensive, multi-stage, destination-based tax that is levied on every value addition.”

There are around 160 countries in the world that have GST in place. GST is a destination based taxed where the tax is collected by the State where goods are consumed. India is going to implement the GST from July 1, 2017 and it has adopted the Dual GST model in which both States and Central levies tax on Goods or Services or both.

HISTORY OF GST IN INDIA

The following is the brief History of GST in India:

The GST Council also finalized on the GST rates and GST rules. The Government declares that the GST Bill will be applicable from 1 July 2017, following a short delay that is attributed to legal issues.