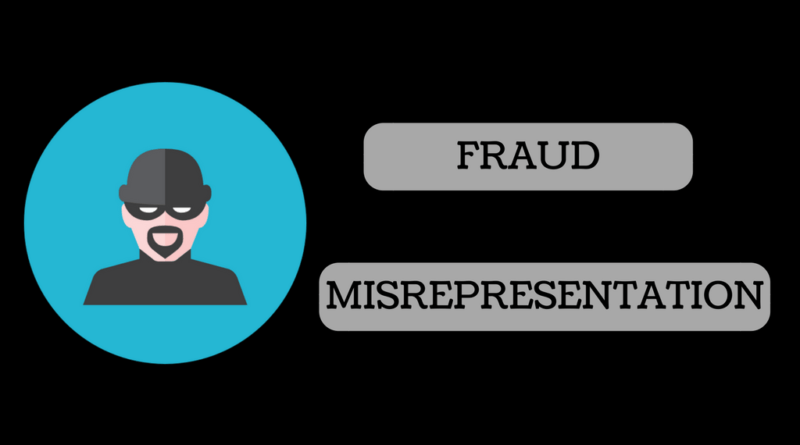 Fraud means dishonestly making a false, untrue or misleading representation with a view to gain or with intention to cause loss. If the fraud results in injury to the deceived party, he/ she may claim damages for the tort of deceit. A contract obtained by fraud is voidable on the grounds of fraudulent misrepresentation.

ACCORDING TO SECTION 17 OF THE INDIAN CONTRACT ACT, 1872

“FRAUD” means and includes any of the following acts committed by a party to a contract, or by his agent, with intent to deceive another party thereto or his agent, or to induce him to enter into the contract:

ACCORDING TO SECTION 18 OF INDIAN CONTRACT ACT, 1872

“Misrepresentation is a form of a statement made preceding to the contract being completed. There are two varieties of statement that can be performed before a contract is formed, these will either:

Hence, there is an absence of free consent in both the conditions whether it is fraud or misrepresentation that is why the contract is voidable at the option of the party whose consent was so caused.