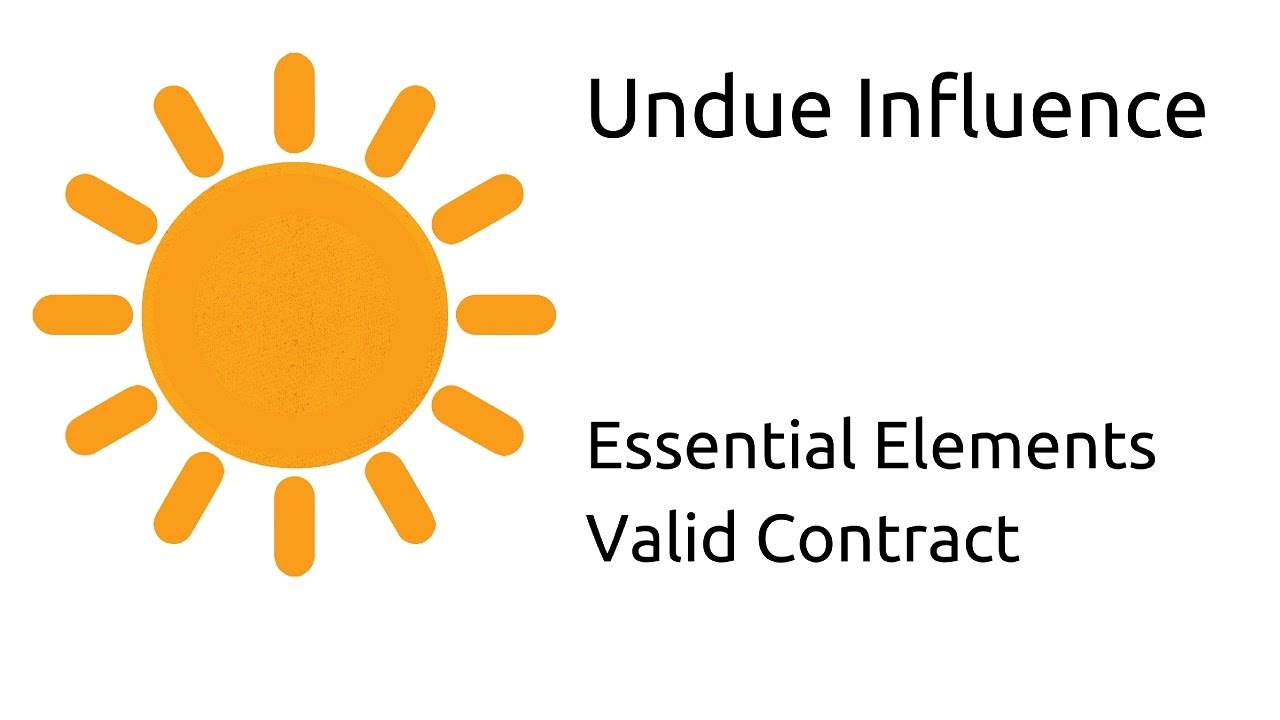 The term ‘undue influence’ means the improper or unfair use of one’s superior power in order to obtain the consent of a person who is in a weaker position.

The section also further describes how the person can abuse his authority in the following two ways:

There are two main types, with both of them potentially resulting in the conflict becoming voidable.

Furthermore, other relationships can also lead to a presumed undue influence depending on the facts of the case.

In these circumstances, the influence that occurred ‘actually’ exists. This means that the weaker party has to actually prove that the dominant party influenced them into agreeing the contract. Keep in mind, that the influence cannot merely be that other party having greater economic power as they are a larger business or stating that they will sign with another party.

If the consent of a party is induced by undue influence, the contract is voidable at the option of the party whose consent has been so caused.

Section 19 A of the Act states the effect of undue influence as when consent to an agreement is caused by undue influence the agreement is voidable at the option of the party whose consent was so caused. Any such contract may be set aside either absolutely or if the party who was entitled to avoid has received any benefit there under, upon such terms and conditions as the court may seem just.

For example: A, a money-lender, advanced Rs. 100 to B, an agriculturist, and by undue influence, induced B to execute a bond for Rs. 200 with an interest at 6 percent per month. The court may set the bond aside; ordering B to repay Rs. 100 with such interest as may seem just.

When a party to a contract decides to avoid the contract on the ground of undue influence, he will have to prove that