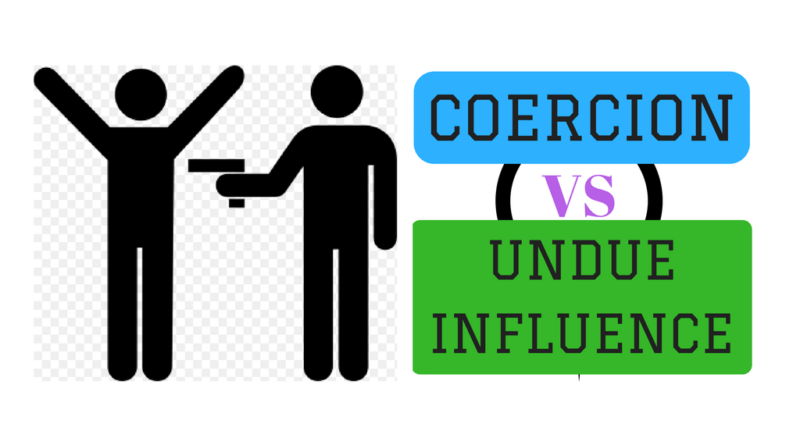 The difference between coercion and undue influence is as follows:

Coercion means using force to compel a person to enter into a contract. So force or threats are used to obtain the consent of the party under coercion, i.e it is not free consent.

ACCORDING TO SECTION 15 OF INDIAN CONTRACT ACT, 1872

The term ‘undue influence’ means the improper or unfair use of one’s superior power in order to obtain the consent of a person who is in a weaker position.

The section also further describes how the person can abuse his authority in the following two ways:

Coercion and Undue Influence both are barriers in the path of free consent of the parties which is an essential element of a contract. That is why the contract is voidable at the option of the party whose will is influenced by the other party.