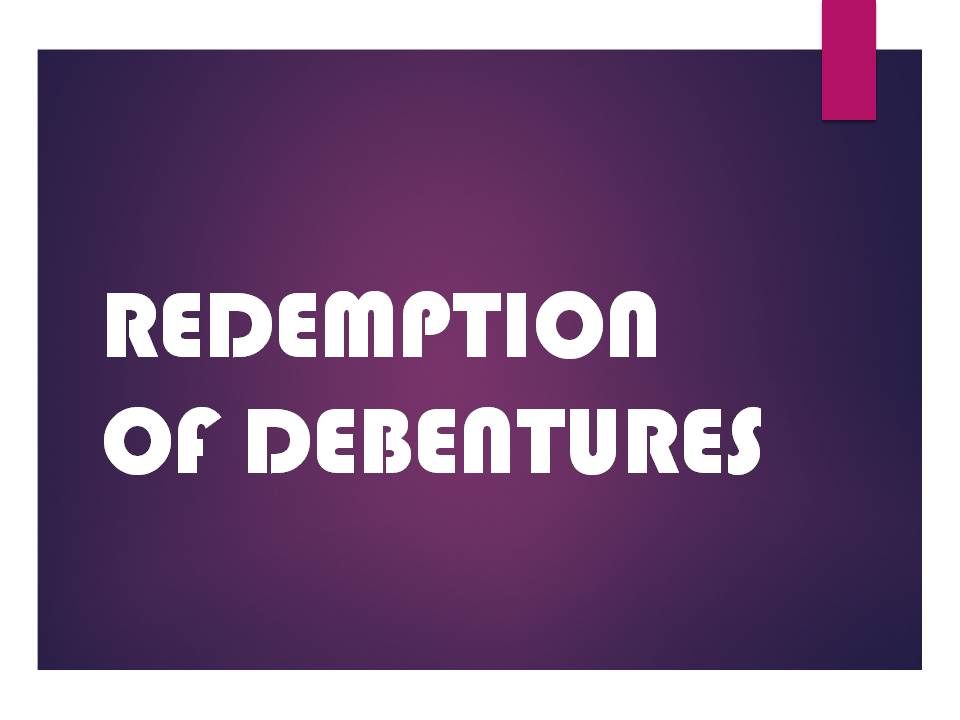 PROVISIONS/ CONDITIONS FOR REDEMPTION OF DEBENTURES

The rule 18 (7)(c) of the Companies Rules, 2014 states that every company must invest the amount of DRR in the specified securities. The following are the provisions related to this:

ENCASHMENT OF INVESTMENT IN SPECIFIED SECURITIES

The company should encash the investment in specified securities before the redemption of debentures.

The Debenture Redemption reserve will not be utilized by the company for any other purpose except for redemption of debentures.

The creation of DRR is obligatory in the case of:

As per the Rule 18(7) of the Companies Rules, 2014 the following companies are exempted from the creation of DRR:

METHODS OF REDEMPTION OF DEBENTURES

There are three ways of redemption of debentures which are as follows:

The amount of debentures to be redeemed are calculated as follows:

Total number of debentures/ No. of years.

The amount calculated is equal in all installments. However it may be unequal also.

REDEMPTION BY PURCHASE OF DEBENTURES IN THE OPEN MARKET

The company can also redeem its debentures by purchasing them from the open market. The company do so only if it seems convenient and profitable to it. Purchase of debentures by this method will reduce the liabilities of the company against the debentures. Reduction of debentures will also mean its cancellation and virtually redemption. Own debentures may also be purchased by the company for its own investment and same may be reissued in future also. This method leads to following gains for the company: